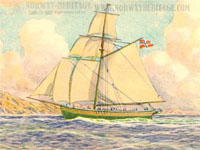 The Sloopers' Voyage to America

Cleng Peerson led this group first to upstate New York; then to to the area of Illinois near Norway, Illinois, where the first permanent Norwegian settlement was established.

Descendants of these Norwegians who came over on the sloop have formed the Norwegian Slooper Society of America.

The Society Meets annually at the Norway Community Center in Norway, Illinois, on the Sunday nearest October 9.
MAP

Norway-Heritage  - (Learn more about the "Restauration") 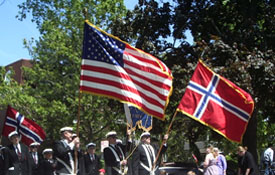