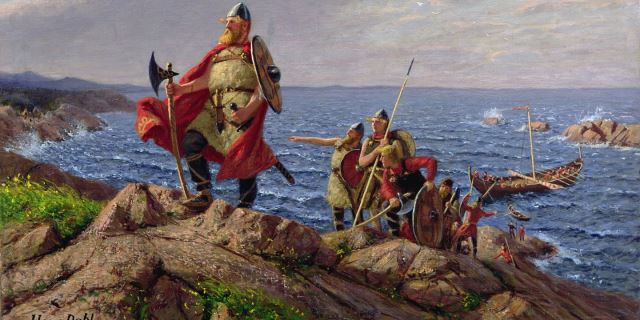 2021 Information - more details to be announced
Lynn Maxon is planning to present a short program at Minnekirken Sunday (October 10, 2021) before laying a wreath at the statue at Humboldt Park in Chicago, Illinois

Each October the League lays a wreath at the statue of Leif Erikson in Humboldt Park to commemorate the early Viking discovery of North America. Find the location of the statue and more details at a Chicago Park District Site. 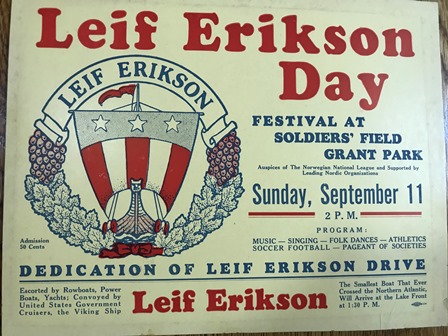 The October date of the NNL wreath laying is not associated with any particular event in Leif Erikson's life. We acknowledge this event on the weekend closest to October 9. October 9 is "Leif Erikson Day" as a result of a proclamation in 1964 by President Lyndon B. Johnson. The ship Restauration had come from Stavanger, Norway, arrived in New York Harbor on October 9, 1825, at the start of the first organized immigration from Norway to the United States.  In 1964, the United States Congress authorized and requested the President to create the observance through an annual proclamation. Lyndon B. Johnson did so, as has each President since.